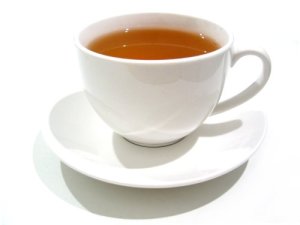 Tea is drunk to forget the din of the world. ~T’ien Yiheng

Drink your tea slowly and reverently, as if it is the axis on which the world earth revolves – slowly, evenly, without rushing toward the future. ~Thich Nat Hahn

Tea! The mere thought of tea is enough to make me relax and think of long lazy afternoons spent in the cold mists of Darjeeling, reading books and drinking tea. I am a ‘tea person’ (whatever that means!). Even after living in South India for the past few years, I have never crossed over to the coffee-drinking side. And when I tell people that I’m a ‘chai person’ they go, “Of course! You’re from Darjeeling!”. I guess it seems so obvious. It’s not like all Eskimos love snow. I mean, it isn’t like children in Darjeeling are given tea to drink the moment they are weaned. I think it’s a Tibetan thing. In a Tibetan home, tea is a ‘given’. Tea is made in copious amounts and kept in big Chinese hot flasks (I know…the irony!) and drunk throughout the day. There isn’t a specific “tea time” as such. And back home in my small town, visitors keep popping in and out throughout the day. So a cup of tea is served immediately without even asking the visitor if she/he cares for some. Like I said earlier, it’s a given.

Two types of tea are made in a Tibetan home. One is the usual sweet tea (called “chha ngaamo”) and the ‘Tibetan Butter Tea’ (called “bhyo chha”) made of butter, salt and brick tea. In Tibet ‘bhyo chha’ was made by churning the above contents in a tea churner called “dongmo“. Making tea in a dongmo would give your arms quite a workout. Most Tibetan madres now simply use a blender. It’s more convenient, and less time consuming. One more traditional ritual lost at the altar of technology says the traditionalist in me.

Now we come to the post within the post. P (the bitter half) loves tea, like me. While I’m very kitchen shy, P likes to cook and makes really good “adrak chai” (ginger tea) for which he is world famous in our small circle of family and friends. He is constantly badgered for chai recipes by friends and he once wrote an article on tea which I’m reproducing here.

Having been brought up in a South Indian home where Coffee was the prevailing drink, I did not have too much of a taste for tea. I do remember drinking sweet (sometimes bitter also) milky tea in “Eversilver” tumblers at home, usually when “North Indian” guests came home. I used to wonder as to how people drank thestuff. I did not have any fascination for that brand of tea.

Things changed one day, when I went over to my friend’s place when his Parents were out of town. He made the most divine drink I had ever tasted. I did not know that tea could taste so heavenly. From then on, I became an ardent devotee of this fascinating brew.

I have tasted teas of varied types, from different places, from different climes, and appreciated every one of them. However, if you were to look deep into my heart, no matter where I go, I am and will be always, an unabashed admirer of good old adrak wali chai (Ginger tea).

I have had tea at roadside tea stalls all over the country and admired the subtle variation in taste, flavour and even in the techniques of making tea. Some of the unusual wayside teas that I have had are:

1. Chalu chai- Takes its name from the saucepan which is ‘always on’ (chaalu). You keep adding milk, water, tea and ginger to the saucepan at regular intervals as you keep pouring tea from it. Once in a couple of hours (during lean business hours), the spent tea leaves are discarded and fresh ones put in.

2. Irani Chai- Familiar to people from Hyderabad and Bombay who frequent Irani Cafes. Very sweet tea made by adding tea liquor to milk made thick by boiling with sugar. Usually had accompanied with Osmani biscuit. The custom is to have it in conical cups ‘One by Two’ or ‘Two by Three’. Tip- Even though these places are called cafes, do not ever order coffee in these establishments.

3. Tamil Bus stand tea (for want of a better name)- In this, a strainer with a very long net is used somewhat like a tea bag. Hot water is poured from the kettle into a mug, which fits on top of the kettle itself. The strainer net with tea leaves is dipped into it and the water is briskly stirred till it attains the desired strength. The liquor is poured into a glass and and milk and sugar are added. As in the case of Chalu chai, tea leaves are added into the strainer at regular intervals. I haven’t seen one being emptied out for cleaning yet. I have seen this tea being vended in Bus stands in Tamil Nadu and hence the name (I am open to changing the name to South India bus stand tea or anything else, if readers can vouch fro this being available at other places) . In case anyone knows if this type of tea has a specific name, I would be grateful if you let me know.

4. Laal cha (Colloquial term used for Black tea)- To the tea liquor, some lime, sugar and a masala (ingredients are not revealed) are added. The result is the most tasty, tangy tea you can ever have. I have had this in 2nd class railway carriages while traveling through West Bengal. It is dispensed from a kettle which is kept on a mobile stove. Both the Kettle and stove are kept in a Bamboo basket and can be carried as a set. Though this is strictly against the rules of Indian Railways, these are a very common sight in trains traveling through Orissa, Bengal and Bihar.

There might be some things more comforting than a glass of adrak wali chai on a Cold Rainy day, but none that I know of. For those who do not think so…here is a recipe to change their way of thinking.

To make 2 cups (200ml each) of tea you need the following:
-Water- 400 ml
-Milk- 100ml. Do not use skimmed milk as the tea becomes too watery.
-Ginger- 1 inch piece (better more than less).
-Cardamom- 1
-Black pepper- 3-4 peppercorns
-Sugar or Honey.
-Tea (Assam tea/ Red Label/ 3 Roses or any other strong tea. Do not use green label or other mild teas)- 1.5 teaspoons. (The British method of One for each person and one for the pot does not hold for this Desi-ishtyle tea)

Method:
-Boil the water
-Crush the ginger, cardamom and peppercorns and add to the water kept to boil.
-If you are using sugar, add it now. For the honey-minded, hold on…not yet.
-Once this mixture is boiling, cover with a lid and let it simmer for at least 5 mins. Simmering it longer adds to the flavour. This is the most crucial step which will ensure that the tea absorbs all the goodness and flavours of ginger.
-Add the milk to this boiling mixture and bring it to boil.
-Add the tea leaves and keep stirring the mixture till it threatens to overflow and switch off the flame.
-Cover the tea and let it stay for at least 5 minutes. This will give you a medium strength tea with a strong ginger flavour.
-If you prefer your tea strong (kadak), let the tea simmer on a small flame for 5 minutes.
-Strain the tea into teacups (Glass cups go best with this tea. Use your bone china for having Darjeeling tea).
-Add a spoonful of honey to the cup and stir.
-Take a whiff of the tea before sipping it and enjoy the subtle flavours.

You can never get a cup of tea large enough or a book long enough to suit me. ~C.S. Lewis